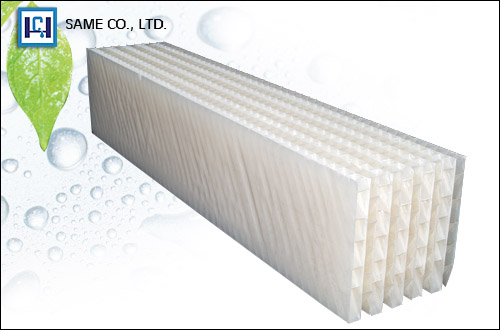 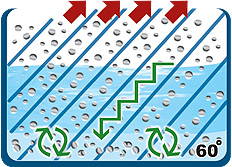 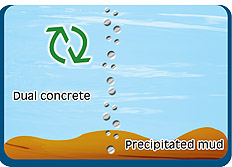 
♦ Rectification
The ramification of water channel creates laminar flow within the pipe, thus results in a near-perfect sediment effect. Flow status is usually expressed in Reynolds number, with a value less than 2,000, indicating laminar flow. Generally, slanting pipe has a very low Reynolds number of 30~100. 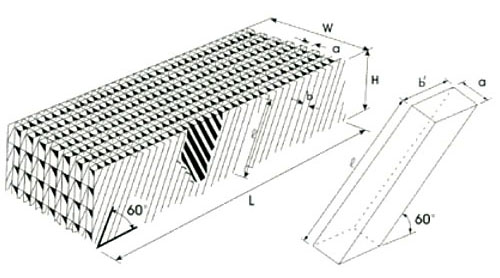 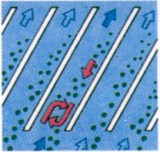 1. The "rectification" and "dual concrete effect" can truly catch the emulsion not easily precipitated.
The quality of water can be said to be excellent in a variety of precipitating facilities subject to the treatment in the slanting pipes.
The consumption of concrete agent can be saved.

2. Although ABS structure at the thickness of 1mm is used. It should be strong and can bear a weight of over 500kg because of being a complex frame.

4. There is only one layer of the slanting pipes. Structurally. There is no bending. So that it is very convenient.

5. There is no barrier such as girdle different from the slanting board so that it is easy to look at the quality of water from the surface of the precipitate pond. The appearance is good.

6. There is no barrier at the bottom of the pond so that you can freely choose direction for collection the mud, collecting mud machines, water mud excavating machines, and conveyance belts for installation.
The space below the housing of the slanting pipes is wide and large so hat it is easy to check and maintain it.

7. Precipitation is conducted within slanting pipes so that it is no subject to the external factors such as dense current.
The slanting pipes are in the water so that there is no barrier.